Home » Blog » Everything we know about Galaxy S10 so far 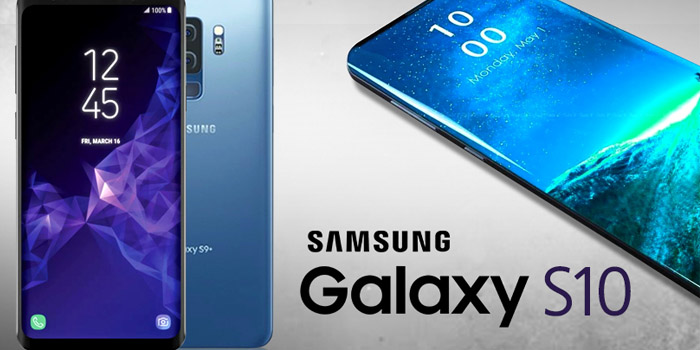 Everything we know about Galaxy S10 so far

Samsung Electronics is known for its innovative and technological advanced smart phones. Company has established itself as one of the leading manufacturer and has a huge fan base for its smartphones. This is the reason, why leaks started to emerge as soon as Samsung start working on any smartphone launch. Now when Samsung is going to launch a new flagship smartphone Galaxy S10 in near future, leaks has started to pour in. The downside is that this removes curiosity around the device. Usually we already know the specifications and features of the smartphone even before it is officially launched.  But this doesn’t stop us from having high expectations for the new devices.

Galaxy S8 was unveiled at a New York launch event on March 29, 2017. The Samsung Galaxy S9/S9+ were announced at MWC on February 25, 2018. The rumors suggest Samsung will launch Galaxy S10 at the upcoming CES event. Suggested launch date is February 20, 2019.

Samsung is planning to launch not just one Galaxy S10 but four different models for S10. Galaxy S10 Lite (Beyond 0), Galaxy S10 (Beyond 1), S10 Plus (Beyond 2) and Premium S10 (Beyond X). Beyond 0 would be the smallest and entry level model with least number of features as compare to other models.

Reports suggest that device will be powered by the recently announced Snapdragon 855 chipset. For users outside US, Samsung’s own Exyons 9820 chipset will power the smartphone. Device will include 8GB of RAM as standard with a potential 12GB RAM. A larger battery and better processing for power saving capabilities could see the S10 plus model. Note 9 has 4000mAh battery and we expect something similar and powerful for Galaxy S10 as well.

You may argue on some features of Samsung smartphones but everyone would agree on the photography capabilities of Samsung devices. Galaxy Note 9 is an exceptional device when it comes to taking pictures even in dull light. The Galaxy S10 will take the Samsung Photography capabilities to next level by adding very own version of Bright Night. The S10 light will come only with two rear and front cameras with fingerprint recognition on side of the panel.

The Galaxy S10 plus will have 6.4 inch curved edge front display, with an AMOLED panel and QHD resolution, similar to the Galaxy S9 and Note 9. The smaller devices will measure at 6.1 inches the, and 5.8 inches. Recently, Samsung unveiled Infinity U, Infinity V and Infinity O displays that showcase how Samsung is adopting notch.

Galaxy S10 would be the first Samsung’s devices to have in-display fingerprint sensors. The reports suggest that the new finger print sensor would use ultrasound technology instead of regular optical sensor to create 3D image of your fingerprint. This would enhance the security to a large extent. This would also add the capability of recognizing finger prints even when the fingers are slightly wet or light isn’t much favorable. In theory this should also be more accurate than optical sensor; thus adding some value in the price as well. 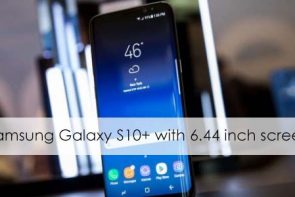 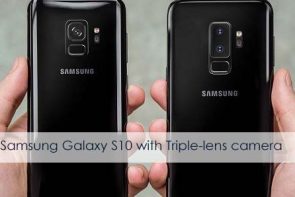 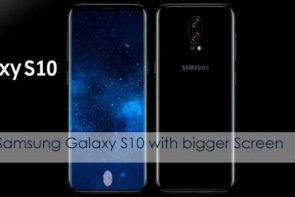 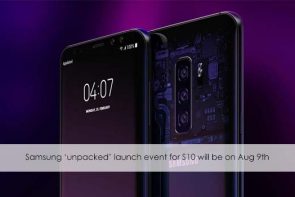 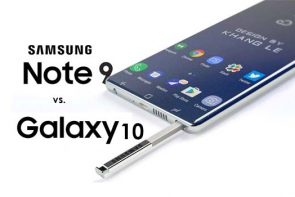 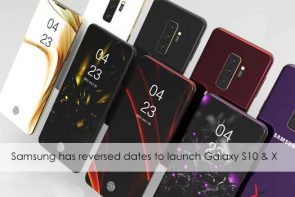 Galaxy X is arriving sooner than announced, but Galaxy S10 might be later